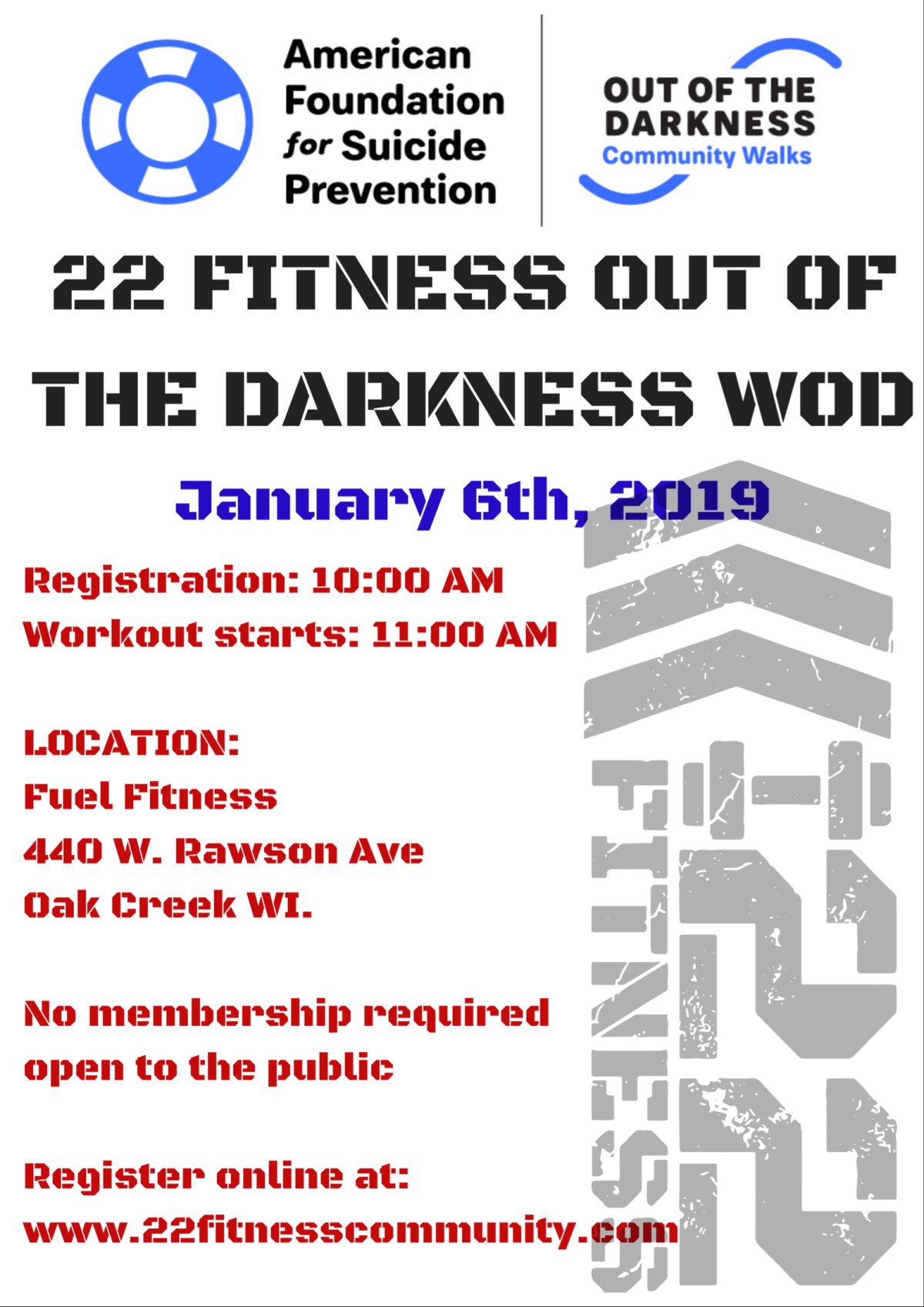 Start 2019 off the right way! Join 22fitness for a fun fast pace community-wide workout fit for all levels! Not only will you be beginning your journey to becoming a better you. You will be giving back to the community by supporting the American Foundation for Suicide Prevention.

The focus of American Foundation for Suicide Prevention is to eliminate the loss of life from suicide by delivering innovative prevention programs, educating the public about risk factors and warning signs, raising funds for suicide research and programs, and reaching out to those individuals who have lost someone to suicide.

*Open to the public, no membership required. 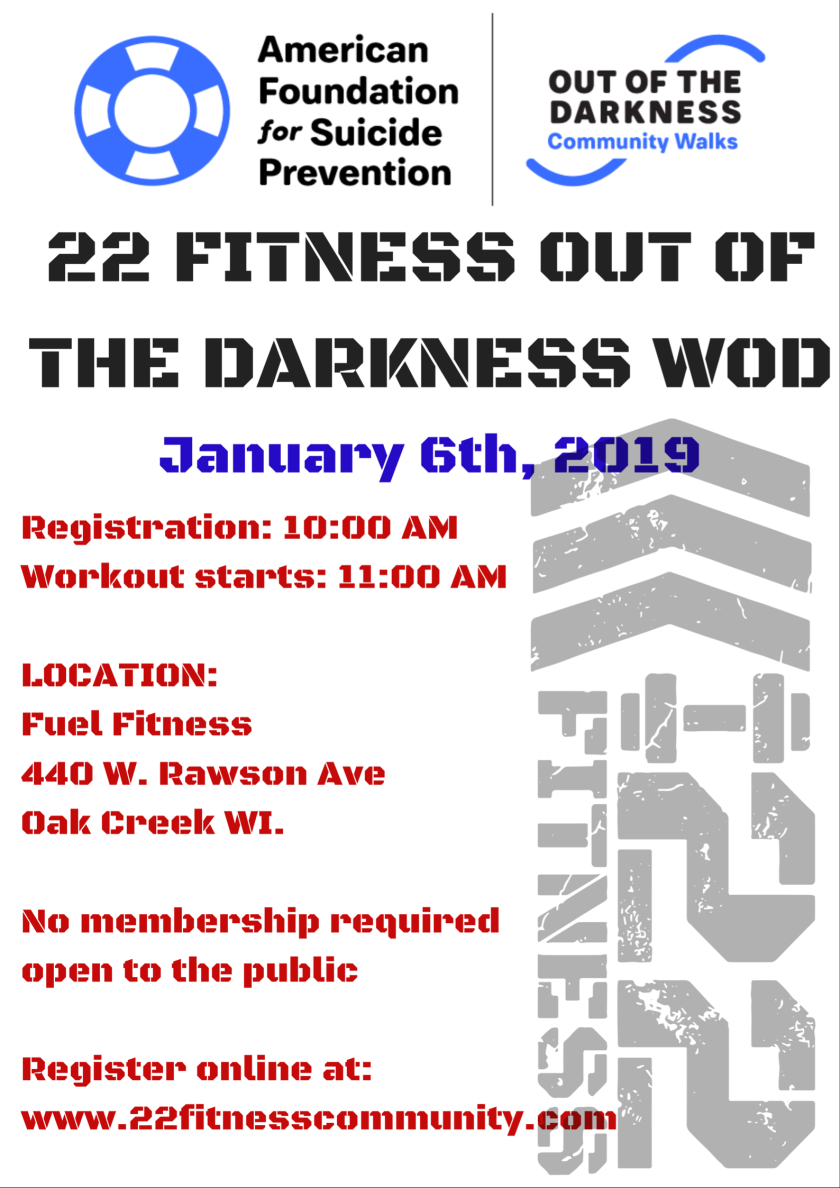 I am a South Milwaukee native, I graduated from South Milwaukee High School in 2002. Upon Graduating I joined the United States Army as an Airborne Indirect Fire Infantryman. Where I served over 8 years and 2 Combat deployments to Operation Iraqi Freedom.   In June 28th, 2005 I was awarded the Purple Heart. From being wounded in action when a roadside bomb struck our HUMVEE. From there I continued my career and deployed again to Iraq from May 2007 to August 2008 to take part in what has been named “The Surge”. Throughout my career, I achieved the rank of Staff Sergeant and received numerous awards and accommodations.   Upon exiting the service I found myself battling severe PTSD, depression, and anxiety.  after losing my own brother to suicide in December of 2015. I became an advocate for people suffering from mental illness. In August of 2016, I marched 22 miles across Milwaukee county in an effort to raise suicide awareness. After the walk, I went on to find “22 Fitness” a free fitness program dedicated to helping those that struggle with PTSD and Depression. Throughout the year I host several 22-mile walks, and community workouts, and several public speaking engagements, to continue to generate awareness of the mental health issues within our communities.   I am currently the Manager of Operations for Commercial Recycling Division, Goodwill industries of southeastern Wisconsin and metropolitan Chicago.   I am married to my high school sweetheart. Together we have 3 daughters and reside in Hales Corners Wisconsin.   View all posts by 22fitness